Self-taught, artist Tim Hinton started drawing at a very early age. Since 1973, his art has been professionally recognized. His works have been exhibited internationally at numerous galleries, art expos and museums, and are included in the permanent collections of the US Navy and the McKenna Museum for African American Art in New Orleans.

Artist Tim Hinton was born in Chicago and spent most of his childhood in Orlando, Florida. Following high school, Hinton enlisted in the US Marine Corps and served in Vietnam. For being wounded in action, he received two Purple Hearts (a US military decoration awarded in the name of the President). After being honorably discharged, he was employed as an illustrator with the Naval Ship Engineering Center; as the senior illustrator for an advertising agency; and as Division Director for the Department of Graphic Design in the US General Services Administration.

In 1979-80, the Washington Bar Association selected Mr. Hinton as Artist of the Year and commissioned him to do a mural of the graduates of Terrell Law School, Howard University. He also designed the official poster for the signing of the Martin Luther King Holiday Legislation in 1983 at the White House, which was displayed in every US State Capital.

Tim’s work has been exhibited throughout the US, including the Museum of African Art, the Smithsonian Anacostia Museum, Kennedy Center, Frederick Douglas Home, University of Maryland, The Pentagon, Bethune-Cookman College, and the Kentucky Center for African-American Heritage. His paintings are also included in the private collections of many professionals and dignitaries in the US and internationally, including Larry Holmes, Muhammad Ali, the late Judge Iralene Barnes, Judge Damon Keith, Rev. Dr. Gerald Durley and Judge Glenda Hatchett.

In addition to painting, Mr. Hinton teaches watercolor classes, and periodically does architectural renderings and medical illustrations. He was the illustrator for a children’s book and for an international book on newborn health by Save the Children. His works have been used in the several publications such as Architectural Digest, Museum and Arts, Florida Business Southwest, Southwestern Art, American Indian Art, The Washington Post, Orlando Sentinel, The Tampa Tribune and Prince George’s Suite Magazine.

Mr. Hinton’s art spans several styles and mediums including abstract, realism, and impressionism in watercolor, oils, acrylics and mixed media. He also studies stone lithographs and etchings in The Netherlands. Though he primarily does commissioned work, he also paints subjects of personal interest such as landscapes, sports figures and various African tribes. Tim currently resides in The Hague (Netherlands). 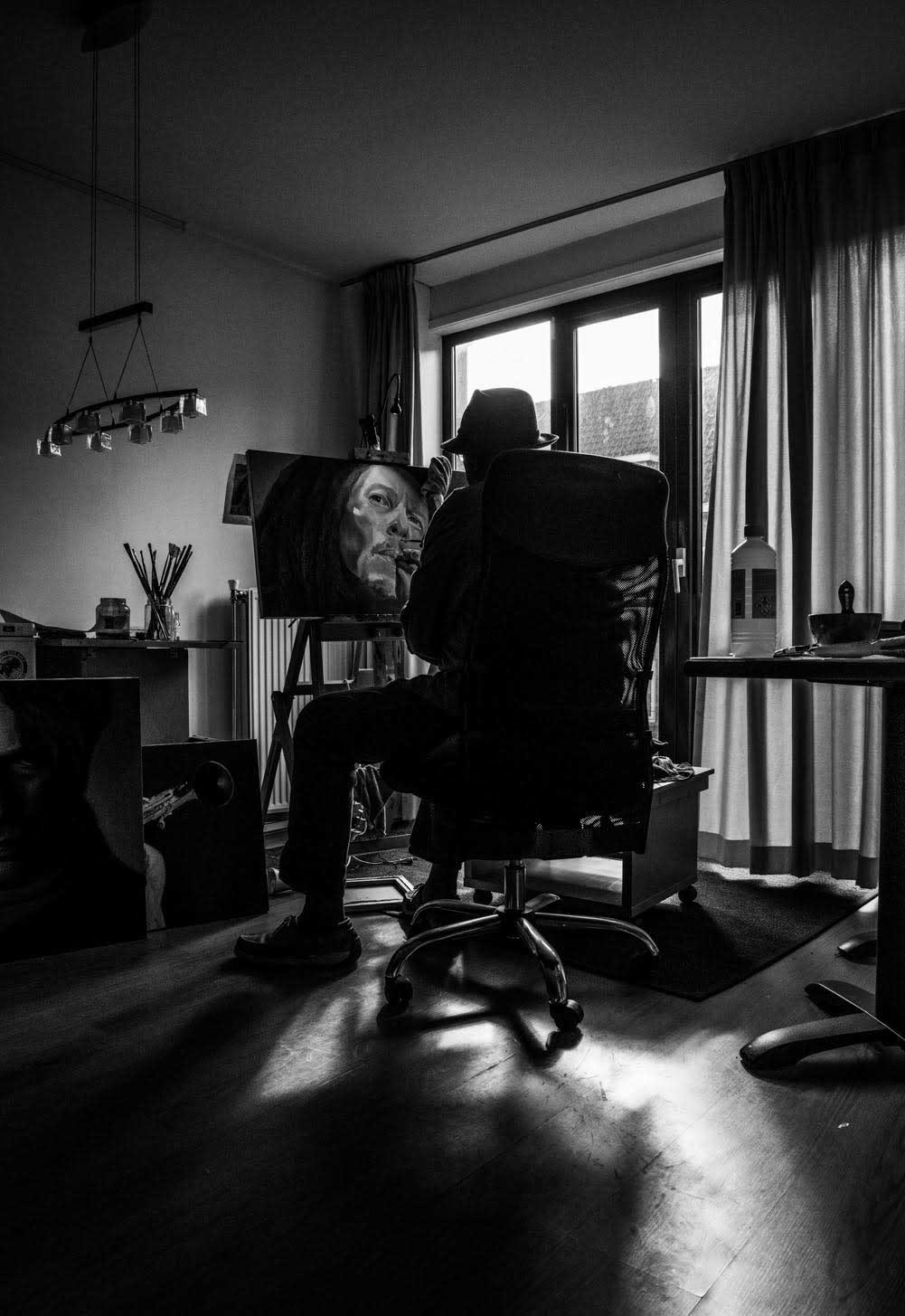